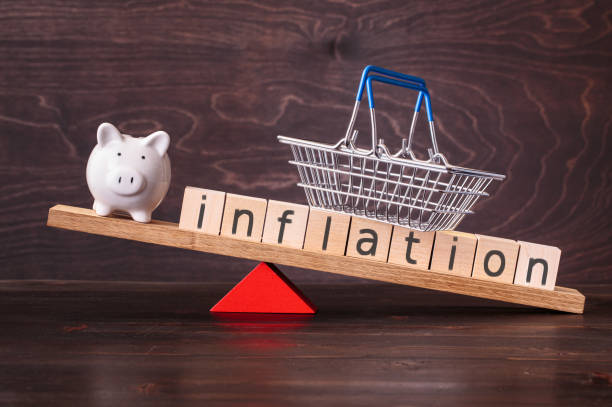 Inflation has been a frequent question in our client financial checkups this summer. The specter of inflation is on everyone’s minds, and rightfully so. As of July 2021, the Consumer Price Index was up 5.4% from 12 months ago. But consumer pricing has been in the headlines since the spring, with eye catching numbers reported as early as May. In this two-part series, let’s take a closer look at what to make of all the commentary, and what you can do about it as an investor. First and foremost, we caution against succumbing to fear or panic in the face of inflation. As usual, careful planning remains your best guide.

Inflation is the rate at which a currency loses its purchasing power as prices increase over time. So, say a cup of coffee cost $1.00 twenty years ago. If the average annual inflation rate had been 2% between then and now, that same pour would now cost you $1.49. Various goods, services, and sectors often experience different rates of inflation at different times, but general inflation is usually calculated based on the Consumer Price Index (CPI), or a similar broad pricing index.

Recent headlines have been reporting a noticeable uptick in inflation. Superlatives like “best” and “worst” grab the most attention, so outlets have been abuzz with reports of how a 5% May consumer pricing surge was “the biggest 12-month inflation spike since 2008.”

Before you read too much into these recently rising numbers, it’s worth remembering their context. We’re comparing May 2021 to May 2020, when we were still deep into what The Wall Street Journal called a “screwy” pandemic economy. The WSJ explained, “If a company takes a hit in one year and then gets back to normal the next, it can look like its profits are soaring when in fact they are just getting back on track.”

Zooming out even further, the Federal Reserve’s 10 Year Break-Even Inflation Rate is one common estimate of the market’s expected average annual inflation rate for the next 10 years. As of mid-June, that rate stood at 2.3%. That’s up from the lower 1.2% rate expectation from mid-June 2020, but it’s still not eye-popping.

Which leads to another important point: Not all inflation is bad. In fact, a bit of inflation goes hand in hand with economic growth and reasonable interest rates for lenders and borrowers alike. A 2% annual inflation rate is typically considered a desirable norm for greasing the wheels of commerce, without destroying the working relationship between currencies and costs.

What if Inflation Runs Amok?

And yet, while inflation has its purposes, it’s concerning if it goes on a rampage. When it does, uncertainty has spiked as well, wreaking havoc on commerce, the economy, job markets, real estate, and financial markets. (Deflation—the opposite of inflation—can also upset the economy if prices drop too precipitously.)

Investors who were around in the 1970s may remember the last time the U.S. experienced red-hot inflation, and what it felt like when it spiked to a feverish 14.8% in 1980.

The New York Times described it as an era when “prices of real assets like houses, gold and oil soared. Average mortgage rates exceeded 17 percent, and interest rates on bank certificates of deposit approached 12 percent. It was hard to know whether a 5 percent pay raise was cause for celebration or despair.” While 12% CD rates may sound great, when interest and inflation rates are comparable, the real returns from even high-interest CDs essentially become a wash.

After the 1980 high-water mark, the Volcker-era Federal Reserve tamped inflation back down. So younger investors have heard of, but never experienced such steep inflation for such an extended time. Despite occasional alarm bells, inflation has mostly continued to hit the snooze button for decades. At least so far.

Next Up: What Can You Do About It?

What if inflation does get out of hand, and stays that way for a while? Depending on who you heed, the possibility ranges from unexpected, to possible, to a near certainty. In our next piece, we’ll cover why forecasts remain as fuzzy as ever, and how investors can best prepare for whatever may happen next. As usual, prudent planning is preferred over rash reaction.

© 2018 ShankerValleau. All Rights Reserved. Unauthorized use of the contents of the site prohibited.
﻿

Hit enter to search or ESC to close